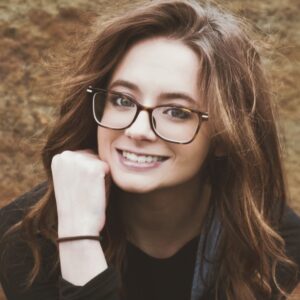 Mary Rickel is a first-year Astronomy and Astrophysics, Physics major minoring in Mathematics. After serving as mentor for the Zenith SciAccess Mentorship Program for its inaugural semester, Mary became the Programming Chair in November 2020. In addition to her love for STEM, Mary is passionate about making science more accessible and diverse. Inspired by her mentoring experiences, she is applying this passion in other diversity and inclusion programs at OSU including URSA (Undergraduate Research Summer Access), Polaris Mentorship, SWIP (Society for Women in Physics), and peer collaboration with neurodiverse students. To further expand her horizons, she continues to work on space science outreach to K-12 schools in the Columbus area.

Outside of volunteering, Mary loves to watercolor and read and formerly served as a cadet technical sergeant in the Air Force Auxiliary Civil Air Patrol. Currently, she is working with a graduate student from Polaris to learn more about line emission spectra from galaxies to determine star population and AGN dominance. 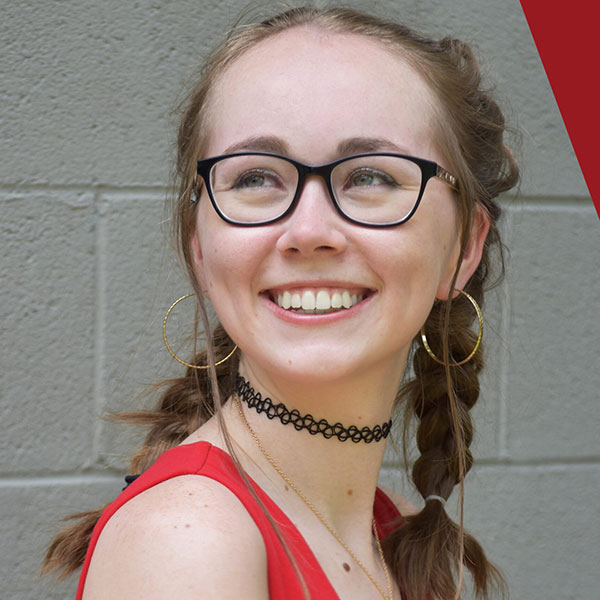 Caitlin O’Brien is a second-year undergraduate student at The Ohio State University majoring in Astrophysics & Astronomy and Physics. Upon entering the university Caitlin was named a Morill Scholar, recognizing her as a student engaged in diversity, leadership, and service.

Since joining the SciAccess Initiative in March 2020, Caitlin has worked on several projects, most extensively the SciAccess Conferences. During the 2020 conference, she helped organize 1,200 registrants and 555 attendees from 46 nations and all seven continents, shown here in blue. She is currently an active member of the SciAccess Working Group as they look towards the 2021 conference. Alongside SciAccess, Caitlin helped produce Making Space For All, a series of astronomy webinars highlighting underrepresented scientists and students in the astrophysics community.

Caitlin helped found the SciAccess Zenith Mentorship Program and currently serves as the program’s Vice-President as it transitions into a student organization at The Ohio State University. In addition to her work in outreach, she also serves as the President of the Astronomical Society at OSU, telescope operator at the Smith Lab Observatory, and a planetarium presenter at the Arne Slettebak Planetarium. She is currently working on a thesis approaching the adaptation of planetarium shows to a format accessible to BVI students and will graduate in the Spring of 2023. 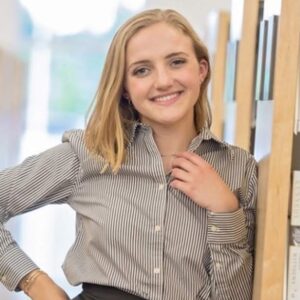 Bailee Wolfe is a first-year student at Ohio State studying Astronomy and Astrophysics, Physics, and Russian. She has been a mentor for the Zenith Mentorship Program since August 2020 and became Treasurer for Zenith in October. Through participation in the URSA (Undergraduate Research Summer Access) and the Polaris Mentorship at Ohio State she became interested in accessibility and diversity in astronomy and STEM.

Outside of the Zenith Program, she is working to become more involved in astronomy outreach by giving space science presentations to students at K-12 schools. She is also currently working on a research project through the Polaris program that involves creating physical models of mathematical concepts through art. 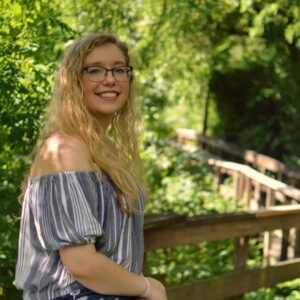 Payton Cassel is a second year at the Ohio State University studying Astronomy and Astrophysics. She is a Mount Leadership Scholar and the Vice President of the Astronomical Society at OSU. She became involved with Zenith at the beginning of the Autumn 2020 semester and became Secretary of the program in October. 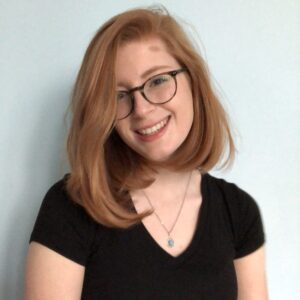 Rachel Slaybaugh is currently a second year undergraduate student at the Ohio State University studying Physics and Astronomy/Astrophysics. She joined the Zenith Mentorship Program in December 2020 as Outreach Chair.

Rachel is involved in several efforts focused on making astronomy and physics more equitable for underrepresented groups, including the Inclusion, Diversity, and Equity Alliance. Rachel also serves on the Undergraduate Majors in Astronomy and Astrophysics Committee and the Department of Physics Climate and Diversity Committee. Currently, she is conducting research in cosmology. 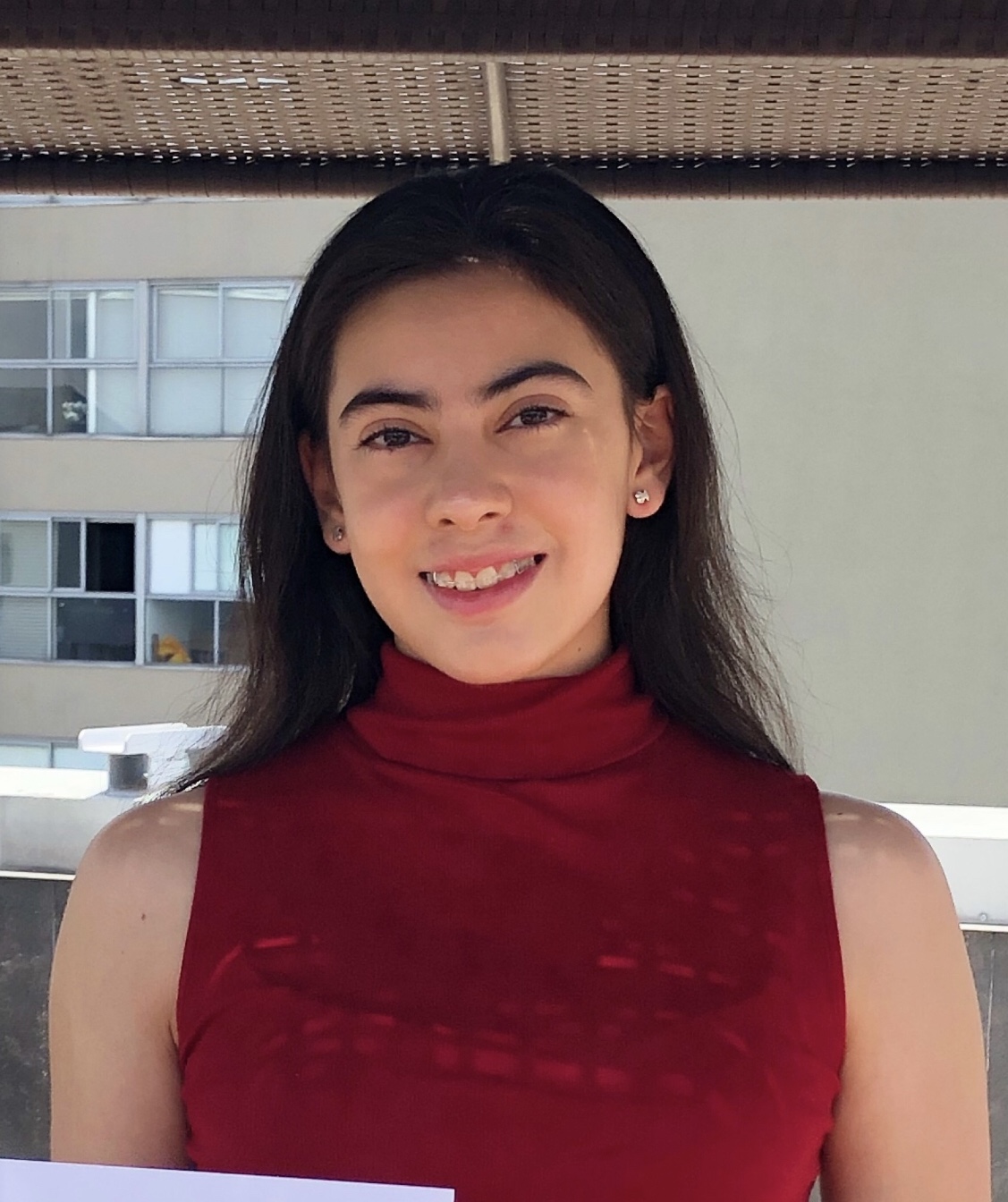 Natalia Porraz is a second-year international student from Mexico double majoring in Astronomy & Astrophysics and Physics and minoring in Dance. She joined Zenith during the Spring semester in 2021 and became Programming Chair at the end of that semester. She also serves as Vice-President of Inclusion, Diversity and Retention of the Astronomical Society at OSU. Natalia is a STEM Exploration and Engagement Scholar and as part of the program, is working this year on an individual research capstone project about diversity, inclusion, and accessibility in STEM. She is also doing research this semester on stellar evolution and structure with one of the professors at OSU and 5 other undergraduate students.

Outside of STEM, Natalia loves outdoor and adventure activities. She has tried hiking, backpacking, and surfing, but also wants to try scuba diving, free diving, rock climbing, water skiing, skydiving and others sometime. She also enjoys going for walks, reading, and watching all kinds of movies.

Bailey Stephens is a Junior at The Ohio State University studying Physics and Astronomy. Before he moved to Ohio, he was born and raised in Las Vegas, Nevada. Bailey spends much of his time learning new coding languages and making simulations for physics problems. In his free time he likes engage in activities that are different from my major, like solving puzzles, playing piano, and cooking!